In the city of Adana,
During the darkest days of the Ottoman Empire,
There was a tragedy that marked the start,
of what was to become known as the Armenian Genocide.

The people of Armenia were forced into starvation, torture and extermination,
Armenian homes were burnt to the ground,
Men, Women and Children were killed.
Sometimes entire families were wiped out.

They were accused, convicted and sentenced to die,
Because they dared to call themselves "Christians",
Their crime was in believing in a God who sent his son Jesus Christ, to die for their sins,
By 1915 One-and-a-half-million Armenians were ruthlessly slaughtered,
Because they would not renounce their faith in Christ.

Unpunished and undeterred those responsible for the massacre in Adana,
Set the stage for the terrible Genocide of the Armenian people,
This is their story...

From the morning sun,
Till the day was done,
Fathers worked until their strength was gone.

In the summer air,
Under mothers care,
Children played within the village square.

Through the soil and sand,
Farmers worked the land,
Gathering what they grew by their own hand.

Living day by day,
Trying to make their way,
Unaware the price they would soon pay.

Keepers of the ????
Marching on the ?????
Striking down the weak without a single word.

Ruthlessly they came,
With one deadly aim --
Kill all who believe in Jesus' name.

In the shroud of night,
Families took their plight????
Unprotected by ???

Hungry and alone,
Starved to skin and bone,
Forced to sleep on pillows made of stone.

Wandering in the rain,
Trembling on the plain,
Christ ?to? mercy offered up in vain.

Naked and afraid,
On their knees they prayed,
As they knelt before the warriors blade -- Singing...

Holy is the one,
Gods own mighty son,???
Glory to the Christ our risen king.

Though persecuted, they were not abandoned,
As they laid down their earthly lives,
They would gain eternity with Christ.

Though the world may forget,
God would remember their suffering,
Never again would they hunger or thirst.
For the Son of God, Jesus Christ who died and rose again would be their Shepard,
Who would lead them to streams of living water,
and God would wipe away every tear from their eyes.

They would encircle the throne of God,
Singing, "To the Great I am, worthy is the lamb, who was and is, and is to come."

To the Great I am
Worthy is the Lamb
Who was and Is, and Is to come.

Holy is the one,
God's own mighty son,???
Glory to our Christ the risen King

To the Great I am
Worthy is the Lamb

Who was and Is, and Is to come.

Holy is the one,
God's own mighty son,???
Glory to the Christ our risen King. 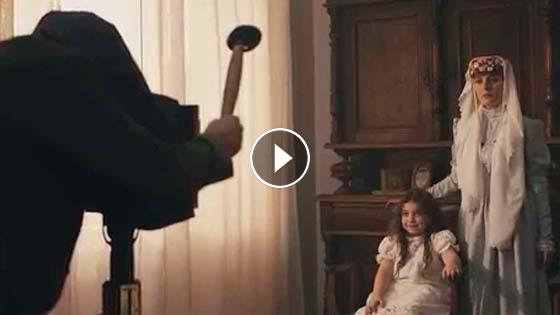 In the city of Adana,During the darkest days of the Ottoman Empire,There was a tragedy that marked the start,of what was to become known as the Armeni...